According to Gayot, Mastro’s Ocean Club is one of the top 10 steakhouses anywhere in the country. It’s not just the steak that draws diners here, either. Wine Spectator crowned Mastro’s with a Best of Award of Excellence in 2017 for its lengthy and carefully curated wine list. Now that Mastro’s opened a location in Boston two months ago, nestled along the banks of the Boston Harbor, you have the opportunity to try the highly lauded food and drink yourself.

Begin your meal with one of the appetizers caught fresh from the sea, such as the lobster cocktail, the oysters on the half-shell, or the ahi tuna tartare. Keep the seafood theme going with an entree such as the Chilean sea bass, the Hawaiian bigeye tuna, or the popular swordfish. Mastro’s offers a small selection of sushi, as well, including jalapeno-tuna sashimi and the clear lobster roll. However, anyone who loves a perfectly prepared cut of steak should opt for some red meat. Mastro’s chefs masterfully sear six-ounce petite filets, 24-ounce porterhouses, and everything in between. 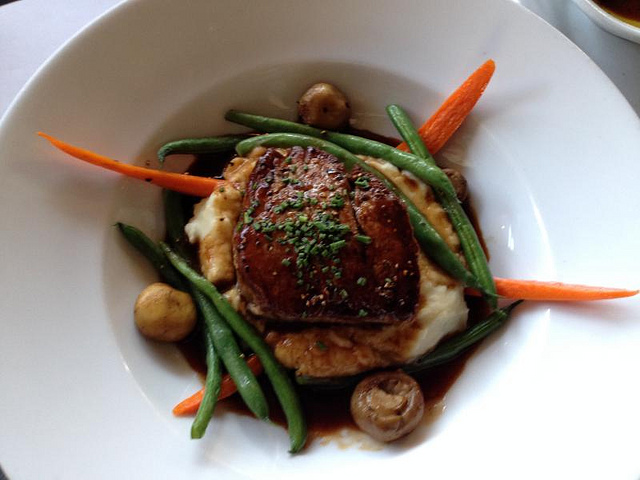